My experience in Colombia was an amazing journey through the heart of a wonderful Country and the heart of a wonderful and welcoming community. I’ve participated in a project called ARRAIGO, an innovative, solidary and participatory model to mitigate the out-migration of youth in rural colombian territory by developing skills in entrepreneurship, empowerment and reinforcing their sense of belonging.

As a volunteer member of ARRAIGO I was responsible for the areas of citizen participation and entrepreneurship; we work with grade 8 of two regional schools, are two classes of 12 and 27 children between 12 and 17 years.

I had this precious opportunity to get in touch with the students, every day feeding them a mutual relationship of giving and receiving. Daily I have committed to transmit my knowledge and my enthusiasm, but I have also taken a lot from them. In this process the motivation is never lost, and the work, the territory, the culture, the emotions that the ARRAIGO project produces are increasingly valued.

I had the chance to organize my tasks and be very independent.

I was working in two schools teaching political participation that is what I studied for 5 years. In addition I was working for the project implementacion. Moreover, I had the responsibility to draw up the “Incubadora de negocios”, in other words a “business incubator” project that will be the base for the future of Arraigo (my EVS project).

I reached important personal and professional results: I wrote, with my students, the first community newspaper. It was a good tool to applicate also social participation. I organized a Conference about communication and journalism for my students and I finished the “Business Incubator” Project. I think is a good result because it was the first time ever that someone organize this activites and it was also a good way to meet a lot of people from other social organizations and government.

I was living in a big house a little bit far away from my village with others volunteers. The only problem was that the house is quiet old and without maintenance and wi-fi. About the logistic, service was good, we never had problem related to this.

I always felt very fit into the community: I was living in a little village called Guayata (Boyaca) where everyone welcomed me with an extreme kindness.

I think this is one of the most important thing when you’re travelling! Furthemore Colombia is an amazing country also for is culture and nature (I’m glad I learnt a lot about his history and culture).

Indeed, Colombia is the second most biologically diverse country on Earth, home to about 10 percent of the world’s species. This biodiversity results from Colombia’s varied  ecosystems—from the rich tropical rainforest to the coastal cloud forests to the open savannas. It was amazing to discover mountains, rainfalls, lakes and “paramo”.

But the thing that gave me more joys and rewarding was, without any doubt, the relationship with my students. With respect them, I hope that – thanks to my work and their own determination and ability-  they can build a bright future, find  opportunities in their valuable territory.

I really want to thank everyone for making this project possible, the Guayatuna community, the UE, ARRAIGO, all the others actors and the students, to whom I renew my best wishes. The last special thanks goes to the other volunteers with which I created a real family.

Thank you. I recommend EVS to everyone!

The month of November was a particularly intense and busy month. As ARRAIGO was a pilot project it was essential to systematize all the work done up and thus create a model for the next volunteers! I personally oversaw the implementation of the project by writing myself the basic project for the “Incubadora de Negocio” that I finalized at the end of November. ARRAIGO’s future strategy is based on this project.

We have also prepared the “Despedida” a party of “end of the project” with the students and all the people who have collaborated with it (municipal actors, other organizations, etc.).

In November we also finished another project in collaboration with Cannor, a pedagogical project about productive process around coffee cultivation and processing. 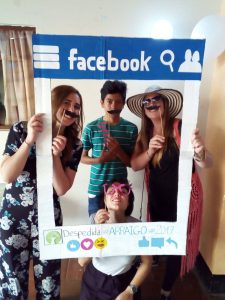 We also organized a school trip! It was amazing, all the students were super excited and was cool to join some “extracurricular” time with them!

The “despedida” with the students and the other people of my country was a crucial moment because I understood how important it was my job there.

The emotion of other people was the greatest gift of this experience. The goal reached was to enter in people’s hearts and leave something positive in all of them.

It was an incredible experience and i will never forget all the people there, such a great and welcoming person! And the other volunteers that made my journey in Colombia so special!

This month I started work on an important project called “Incubadora de Negocio”, that it means a Business Incubator.

This project was very important to me because I was the responsible and it gave me the chance to meet some important local entrepreneur and staff of government.

This project has the aim to create all the possible conditions (networks, finance, mentorship programme, etc.) to implement a young business project, that should be local and sustainable.

I traveled quite a lot to meet other people and create a network and it was such a great opportunity for me!

Furthermore I started working with my students about a new idea: create the first community newspaper! The name is ARRAIGO GUAYATUNO. It is a student newspaper, whose fundamental principles are the local identity and the sense of belonging. It is proposed to reflect the components of the same Project ARRAIGO, implemented through the development of skills and empowerment of young people of Guayatá to link to the territory, taking advantage of the potential of entrepreneurship that is offered.

We started working a lot in communication field and journalisme, so we (me and Aurora) decided to organize a Conference in Journalism and Communication!

The conference was very appreciated by the students who positively assessed the whole day.

For me was a great result achieved. 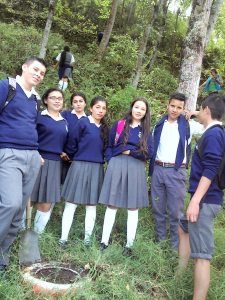 I collaborated also in some social project organized by Carmen (other volunteer!) such as the eco- project where the students decided to plant some plants in the school garden.

In general it was a very full month and, as always, I spent such good times with the other volunteers!

September was dedicated to an important project called “El Dia del Concejalito” that it means a day in which a student can represent the entire school in a Municipal Council Meeting. It was an important municipal’s programme in which I’ve collaborated strictly.

It was also a good opportunità to present the ARRAIGO project in other schools located in Guayatà. 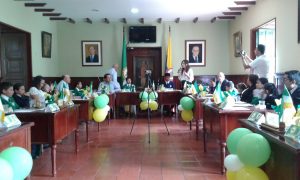 I worked on political and social participacion with the students, it was important to talked about Human Rights.

This month in the classroom we talked about “Freedom”, both as “personal freedom” and as a political concept.

It was a very satisfying session. Indeed the students have contributed very participatively and with some very interesting ideas about the concept of “Citizen’s Freedom” and “Free Country”. We also watched “I have a dream – Martin Luther King” and the “Final Speech – The Great Dictator, Charlie Chaplin” It was great also to think about some important artworks linked to the theme of freedom like “La libertè guidant le peuple – Delacroix” and “The child with balloon–Guerra en Irak – Bansky”. I always feel more integrated with local community and with my classrooms. The children start to be more open and this is the most rewarding thing to me!

In september also another volunteer join us in the project: it was a refreshing and nice news for us!

I feel excited for this new experience!

I have always been very fascinated by South America, especially from Colombia. I have a good experience in project management and I can’t wait to share my experience and my passion in Arraigo project.

My only fear concern the language: my level of Spanish is basic but I’m sure I will learn soon! 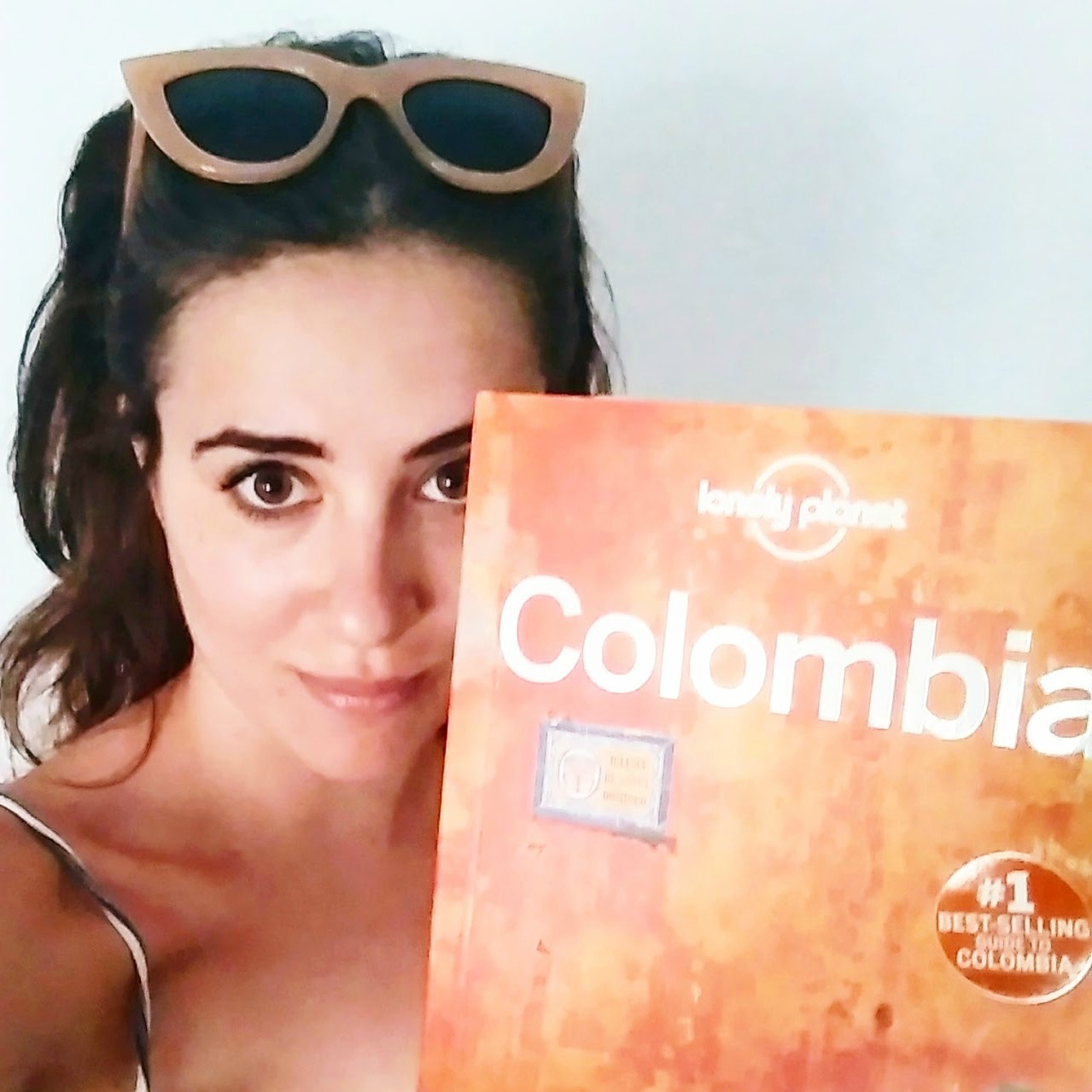