Local projects and activities in Colombia

In the frame of the YOUNIC project, a strategic plan of action towards youth in the area was designed. This document can be downloaded here (in Spanish) and contains preliminary information about the diagnosis and the situation in Valle de Tenza, regarding the its younger population (14 to 30 years old). This was a preliminary document full of information that was collected and organised to design a plan to be developed and validated in the field, with the different actors of the area, in the time range of 2017-2022.

The implementation of the plan was broken down into five main axes of action:

The natural environment in Guayatá, a rural village with welcoming people and uncontaminated nature was the perfect atmosphere for the ARRAIGO project to take place. Volunteers from Italy and Spain were in charge of teaching about political participation in different local schools and they were also involved in the systematization and implementation of the ARRAIGO project itself.

Among other activities, the volunteers from Arraigo collaborated in some other initiatives like a local “enterprise incubator” and the creation of the “Arraigo” newspaper. They also took part in the Festival of Entrepreneurship (they were part of the jury), the “Festival de la Mogolla” (local bun bread), the “Festival of Coffee”, and in “el Día del Concejalito“, which is a yearly local activity to raise awareness of political participation among children.

Ferney Arévalo did his EVS in Spain where he had the chance to share and learn from the association involved in the YOUNIC project. When he went back to his region in Colombia, Boyacá, he delivered a talk to a wide audience to stress out the importance of education in the region. 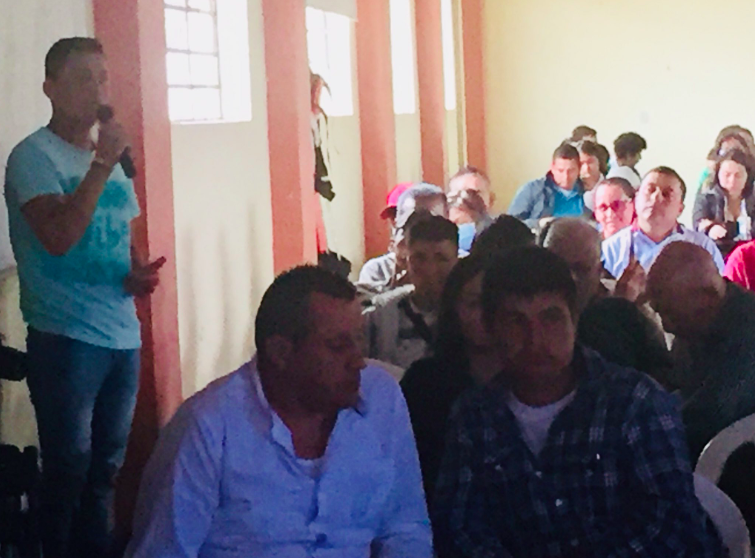