Four volunteers from Italy, Romania and Spain undertook their volunteer experience in June 2017 to land in Chiapas with GAL MAMKACH Association.

Tania and Valentina volunteered during six months in the community of El Porvenir, to help out in a rural tourism project and with the conservation of the natural park. A newspaper met with the group of young people and held workshops on cooking, creativity, English, social skills … During the last months, the volunteers worked in repairing the “house of culture”, a community building that was not in use. Together with the group of local youngsters, they painted the walls, restored damaged parts, built up new elements with reused materials, and started the successful activity “Movie Evenings”.

Other two volunteers, Ruth and Alexandra, worked with the group on environmental issues awareness, ways to reuse organic and inorganic matters, social skills careers, entrepreneurship … The volunteers created a small group of younger children who attended English lessons. They started the rehabilitation of the house of culture, but shortly after, a local businessman provided a place to perform all activities. They created a social space for young people who could stay in use after the project had finished. They rebuilt the space with reused materials (plastic and cardboard took from the street!) and requested locals’ collaboration.

In November, the inauguration of the space was celebrated. Guitar and music classes started taking place in there and local young people have now a shared space to meet up and talk about their projects. Before the volunteers had left, English classes had also started: one of the young participants in the project would be in charge of teaching kids. Painting workshops and “movie afternoons” were set up too.

The space is still working today, and the young people themselves are responsible for publicizing the activities they perform and looking for attendees to participate in different workshops. The impact of the volunteers in the municipality reactivates the motivation of young people and the awakening of many concerns, in a place where foreigners barely pass by. 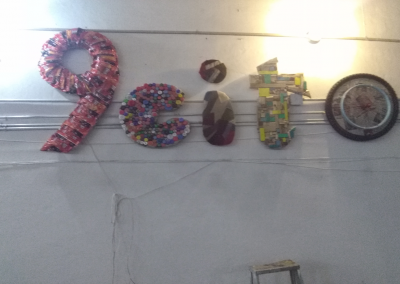 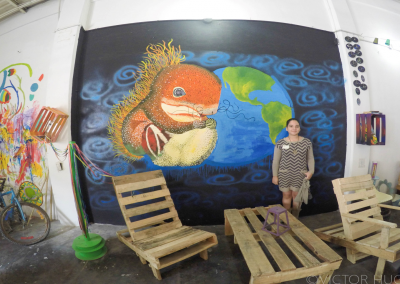 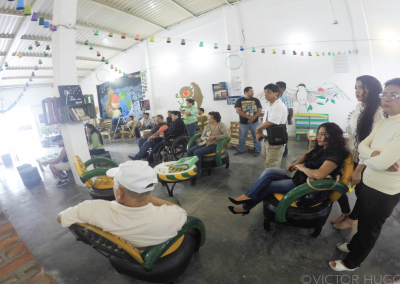 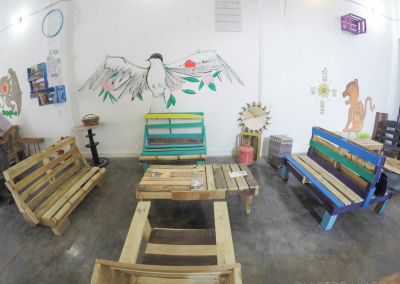 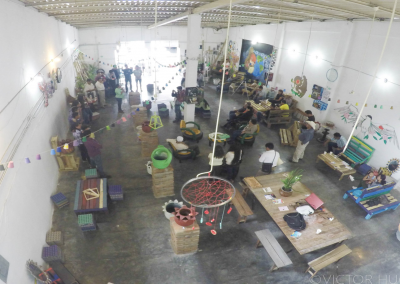 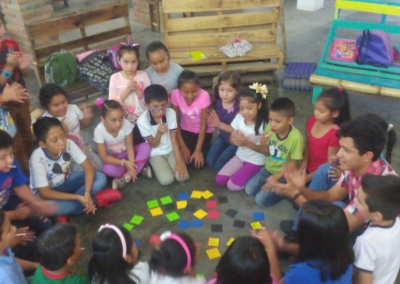 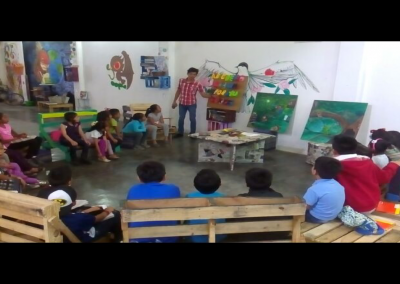 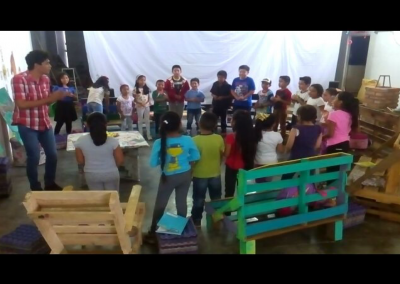